Defying the expectations of proponents of secularisation theories, religion continues to be a major force in the world. Religion is lived and practiced in many forms- both individual and institutional, and through these means exerts a huge influence in the world. On the one hand, it creates meaning for countless people, fosters group identities, and inspires art and literature. On the other hand, it can inspire war, foster division, and conflict with the liberal values of Western liberal democracy. For these reasons, and others, an understanding of the world is incomplete without an exploration of religion and its intersections with other realms of human civilisation.

Institutionalising Religion: Can it be Sustainable?

Vichaar Manthan explores some of the toughest challenges facing religion. Our global panel of expert witnesses critically examine the institutionalisation of religious thought. We are joined by Acharya Vidyabhaskar: Head of Sanskrit and Indian Philosophy at the Omkarananda ashram in Switzerland, Eimear Burke: Head of the Order of Bards, Ovates and Druids, and Rev. Peter Groves: Senior Research Fellow at Worcester College, Oxford. The discussion is chaired by Anil Asthana, Medical Director, Founding trustee of Rashtram.

Drishti was born in a Muslim household in the United Kingdom. Today she is a Hindu, and the President of the National Hindu Students’ Forum - the largest Hindu student organisation outside of India. Join us as we explore her journey. How liberated and empowered are women in modern Islam? What do madrassas teach young girls about themselves and their place in society? How difficult is it for young people to leave Islam, and what can ex-Muslims do to find their rightful place in society. Hosted by Nicola Brown.

Should Faith Schools have a place in Modern Britain?

Education develops the minds that determine the future of our society. Last year, 1.9 million children were educated in Faith schools. We are going through unprecedented times, where the status quo is being challenged and our principles are being re-examined. This is the time to look at how we are building our future generations and what role, if any, faith schools have to play.

What is a Hindu?

There are over one billion Hindus on our planet, with the majority living in India. In popular parlance the word Hindu denotes a religion, and yet, this is often not how the Hindu experience is lived out.

Hindus themselves struggle to pin down a particular lexicon that captures the fullness of what it means to be a Hindu – why is this? Is there incoherence in the identity itself?

Who is a Hindu? From where have the Hindu people come, and what happened to their civilisation? Is the term religious in nature, or to mark an ethnic group, or neither, is it merely to mark a culture? I

s the Hindu identity rooted in a belief system? What ultimately makes one a Hindu? Is it in one’s birth, or living by a particular set of rules or dogmas? 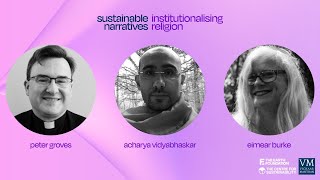 Who is a Hindu?